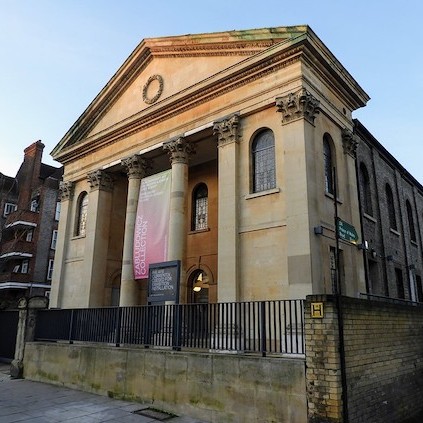 A group of artists, activists, curators, writers, and gallerists operating under the name BDZ, or Boycott/Divest Zabludowicz, on Friday published a statement condemning Israel’s recent attacks on Al Aqsa Mosque in Jerusalem as well as the continued illegal expulsions of Palestinian people from Sheikh Jarrah in East Jerusalem, and calling on cultural workers to join them. The group additionally condemned the Israeli airstrikes that have to date killed at least two hundred Palestinians, including fifty-nine children.

BDZ was established in 2014 by a group of arts workers calling for the boycott of the London-based Zabludowicz Art Trust over what they characterize as the organization’s continued complicity in the ongoing colonization and occupation of Palestine, and of apartheid policies against Palestinians. Among the group’s more than 450 signatories are Goldsmiths Student Union and New York gallery Reena Spaulings, as well as 2019 Turner Prize nominee Lawrence Abu Hamdan and Forensic Architecture founder Eyal Weizman.

Citing Zabludoiwcz Art Trust cofounder Chaim (Poju) Zabludowicz’s position as CEO of the private investment organization Tamares Group—a company founded by his father that indirectly supports the Israeli state via its stake in Knafaim, a provider of maintenance services to the Israeli Air Force—BDZ accuses the art trust and its subsidiaries (including the Zabludowicz Collection, Zabludowicz Art Projects in London, and Daata Editions) of “artwashing” what it describes as Israeli state policies of racism and apartheid by using “art and cultural activities in the UK to enhance the image of Israel.” The group additionally points to Poju Zabludowicz’s ties to Britain Israel Communications and Research Center, or BICOM, which he founded to lobby the British government on behalf of Israel. He is that organization’s former director and continues as a major funder.

In its statement, BDZ outlined the violence committed against Palestinians by the state of Israel and called again for the boycott of the Zabludowicz Art Trust. The Israeli regime “consistently and flagrantly contravenes international human rights laws,” said BDZ, “and continues to commit the slow ethnic cleansing of Palestinians. It justifies this ongoing violence by conflating Judaism with Zionism (which in itself is anti-Semitic) in order to render all opposition to, and criticism of, Israel as necessarily anti-Semitic; anti-Semitism in this instance is weaponised as means to block accountability, justify ethnic cleansing and destroy all active international resistance to the atrocities that the state repetitively commits on a daily basis.”

[Update, May 24]: On May 21, Anita and Poju Zabludowicz released the following statement: “We founded the Zabludowicz Collection to nurture art and artists and promote a culture of inclusivity. The war between Israel and Hamas has broken our hearts once again. We passionately support a Two-State Solution that guarantees the rights of Palestinians and Israelis to live and work side-by-side in peace. We welcome the ceasefire as it is only through respectful and diplomatic dialogue that a permanent peace can be achieved. We know that violence and aggression are not the answer and mourn the innocent lives lost on both sides.”